This article is part of our series on the dangers of all drugs – not just opioids.

One of the most widely abused classification of psychoactive substances, besides opioids, are stimulants.  Stimulants include drugs such as Nicotine, Caffeine, MDMA, Amphetamines, and Cocaine. To put it simply, a stimulant’s job is to excite the Central Nervous System. This includes the brain.

Users buy stimulants on the streets or get prescriptions from doctors. People who use stimulants feel a strong euphoria. They’ll also feel an increase in energy, alertness, and attention.  However, these’s also negative effects to stimulants. For example, short-term side effects include an increase in breathing, blood pressure, blood sugar, and heart rate. In large quantities, stimulants can cause serious problems. These include irregular heart beats, seizures, dangerously high body temperatures, and heart failure.

One of the strongest stimulants available in the US is cocaine. Cocaine is available in a couple ways. First, as a powder that’s usually snorted. Users will separate piles of powder into small “lines” and snort them through a straw. The other popular form is as “crack rocks.” This form of cocaine is hard, small crystalline pieces of cocaine that are white or beige. Some people prefer this form of cocaine because it’s so strong. However, it’s also one of the shortest acting. People who use crack cocaine can sometimes spend hundreds of dollars on drugs in a few hours because the “high” only lasts a few minutes.

The mortality rates connected to the stimulants like Cocaine have been on the rise. From 2015 to 2016, Cocaine related deaths rose 52 percent and continued to rise into 2017. Around 23,000 people died that year from stimulant related deaths. That was a third of all overdose deaths that year.  Unsurprisingly, research has proven that stimulants are highly addictive. So much so, that nearly 900,000 people abuse them on a monthly basis.

If you or someone you love is struggling with stimulant abuse, including cocaine or crack, you can call us today! We offer a residential treatment program on the coast of the Pacific Northwest. Our holistic treatment model works to help people addicted to any substance heal and build a new life. Discover Recovery is ready to help people overcome their addictions and develop the tools and skills to succeed without depending on stimulants. 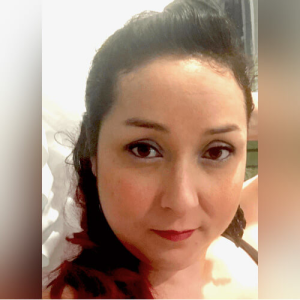 Kaye is a guest writer for Discover Recovery. She's lives in the Chicago, IL area where she's been in recovery since 2016.